In an opinion piece in the Des Moines Register, John Block writes about how consumers are mislead regarding the safety of organic foods. He references a report published in Academic Reviews (also below). In that report, conducted by independent researchers and based upon hundreds of scientific documents, researchers conclude that consumers have overpaid millions for organic foods on the false, and even misleading notion that organic foods are safer.

Should we care if people want to spend more on organic?  No.  Certainly people can choose what they want.  And it is always good to support local agriculture for those farms who have made organic their niche.  But it is a problem when people push this as safer.

While there is little support to indicate organic is more safe, in some cases, there actually may be increased risk.  Organic farmers and processors do not have the arsenal of preventive measures available that conventional farmers and processors do, so spoilage and pests can be a bigger issue.  One issue in particular...mold spoilage...that has the potential to increase the risk of mycotoxins, byproducts of mold growth that can cause serious health consequences.  Cleaning and sanitizing also becomes more difficult since there are limited choices of what can be used.  The same goes with preservatives.

As pointed out by Mr. Block, many of the organic producers and processors have pushed against having to comply with food safety regulations such as those proposed in FSMA.

It is interesting to note that many people who want organic also want to be sustainable.  However, with organic practices, there is the challenge of lower yields / higher loss, so this counters being more sustainable.  With food security being a huge issue worldwide, and even in the US, organic foods may not be the best answer.

Is organic food more nutritious than conventionally grown food?  No.  There is no evidence to support this either.

Every day millions of shoppers are paying out as much as 50 or 100 percent more to buy organic foods for themselves and their families. I have friends who make these choices because they have no reason to question claims on labels, in advertising and on social media that organic foods are safer, healthier and more nutritious.

One thing they will not read on any label is a new finding from Academics Review, a group of scientists dedicated to testing popular claims against peer-reviewed science.

The scientists’ conclusion based on U.S. Food and Drug Administration (FDA) reported recall information: Organic foods are four to eight times more likely to be recalled than conventional foods for safety issues like bacterial contamination. Nor will consumers see anywhere a reference to the body of peer-reviewed research finding that organic foods are no more nutritious than foods produced by conventional agriculture.

Why are consumers so misinformed? This is not an unimportant problem. It’s dangerous. The very people most likely to seek out organic food for its purported safety — the elderly, pregnant women, parents of young children and people with compromised immune systems — are most at risk from organic’s higher risk of contaminants, including deadly e-coli.

As Academics Review founder Bruce Chassy, a professor of food microbiology at the University of Illinois, recently reported to a professional trade association, not only is the federal government failing to require that the organic food industry state these risks to consumers. It also allows organic companies to make unfounded safety claims that, if they were made by any other industry, would attract the ire of federal regulators.

Lacking such scrutiny, the organic industry appears to have adopted “black marketing” against conventionally grown foods as its core strategy. The Natural Marketing Institute admitted as much when it reported that “the safety message is a clear driver” of organic sales. A marketing executive for a major organic company was little blunter: “You can, and perhaps should, lead with fear as an industry.”

The industry does, in fact, lead with fear. The websites, social media, product packaging, marketing materials and annual reports of organic food companies are full of fear-based advertising against conventional farming. Even more hysterical claims about conventional foods are pushed in food scare campaigns run by NGOs funded by the organic foods industry, as well as by allied natural food and health companies.

In the midst of such claims, where do consumers turn for reliable information? They trust federal regulators to give them the straight scoop based on science. Yet even here, the federal government is passively complicit in allowing unscientific claims to mislead consumers. Exhibit A in federal complicity is the U.S. Department of Agriculture (USDA) certified Organic label.

USDA’s research shows that more than 70 percent of consumers are likely to believe a food is safer, more nutritious or of higher quality if it bears the organic label. In fact, all the label signifies is that a given food has been grown, handled and processed without many of the modern techniques of conventional agriculture.

The label does not even mean that a certain food was grown without pesticides. Organic foods are routinely produced with certain kinds of “organic” pesticides. Meanwhile, organic recalls due to bacterial contamination are ballooning along with the expanding market for organic food.

In short, the federal government is strict about science, labeling and claims for all industries except one. The marketers of organic food are allowed to make scientifically false and misleading claims about the safety and wholesomeness of conventional food, while their products are increasingly likely to be recalled for safety reasons.

The findings by Academics Review raise a number of questions federal regulators should have to answer.

-- Will the USDA, FDA and Federal Trade Commission enforce existing rules against misleading advertising when marketers misuse the organic label to vilify competitors?

-- Will regulators regard the sponsored attacks on conventional agriculture as advertising, subject to standards of truth?

-- Will the Centers for Disease Control and the Food and Drug Administration investigate what is behind the frighteningly high recall record of organic food?

-- And will the government perform more research on the safety of organic foods?

This is no longer a matter of who wins at the checkout counter. For many vulnerable people, it is a matter of safety. They just don’t know it yet.

Why Consumers Pay More for Organic Foods? Fear Sells and Marketers Know it.
An academic review of more than 25 years of market research, marketing tactics and government programs driving sales in the organic and natural product industries

(April 8, 2014 Priest River, ID) An extensive review of more than 200 published academic, industry and government research reports into why consumers adopt organic product purchasing behaviors was conducted by Academics Review – a non-profit led by independent academic experts in agriculture and food sciences. This review was then supplemented with an assessment of more than 1,000 news reports, 500 website and social media account evaluations and reviews of hundreds of other marketing materials, advertisements, analyst presentations, speeches and advocacy reports generated between 1988 and 2014. Our findings were reviewed and endorsed by an international panel of independent agricultural science, food science, economic and legal experts from respected international institutions with extensive experience in academic food and agriculture research and publishing.

Our report finds consumers have spent hundreds of billion dollars purchasing premium-priced organic food products based on false or misleading perceptions about comparative product food safety, nutrition and health attributes. The research found extensive evidence that widespread, collaborative and pervasive industry marketing activities are a primary cause for these misperceptions. This suggests a widespread organic and natural products industry pattern of research-informed and intentionally-deceptive marketing and paid advocacy. Further, this deceptive marketing is enabled and conducted with the implied use and approval of the U.S. government endorsed and managed U.S. Department of Agriculture (USDA) Organic Seal and corresponding National Organic Standards Program (NOSP) in direct conflict with the USDA’s NOSP stated intent and purpose.

“It is our hope that responsible members of the organic food industry and government officials will use these findings to address consumer misperceptions about important issues of food safety and nutrition,” said Professor Bruce Chassy, professor emeritus University of Illinois, Department of Food Science & Human Nutrition. “Accurate food safety, nutrition and health information combined with consumer pocket book protections should be a threshold standard for any U.S. government program that cannot be coopted by special interest marketing groups.”

A full copy of the Organic Marketing Report may be downloaded at the Academics Review website academicsreview.org/wp-content/uploads/2014/04/AR_Organic-Marketing-Report_Print.pdf

Note: Academics Review does not solicit or accept funds from any source for specific research or any other activities associated with any products or services. Academics Review has no conflicts-of-interest associated with this publication, and all associated costs for which were paid for using our general funds without any specific donor’ influence or direction. Academics Review is an independent IRS registered 501c3 non-profit organization which only accepts unrestricted donations in support of our work.

Email ThisBlogThis!Share to TwitterShare to FacebookShare to Pinterest
Labels: organic 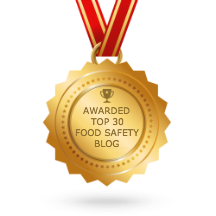 Preparing Your Food Operation for a Coronavirus Situation - Updated

(4/6/20) With the risk of Coronavirus (SARS-CoV2) rising in the US, food establishments should be implementing controls to minimize risk of ... 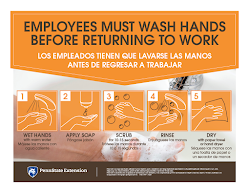 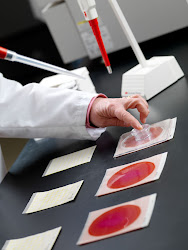 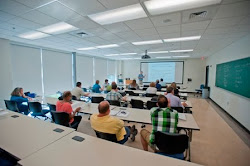 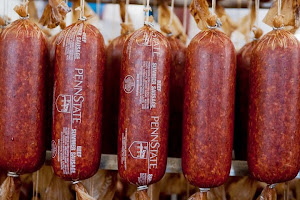